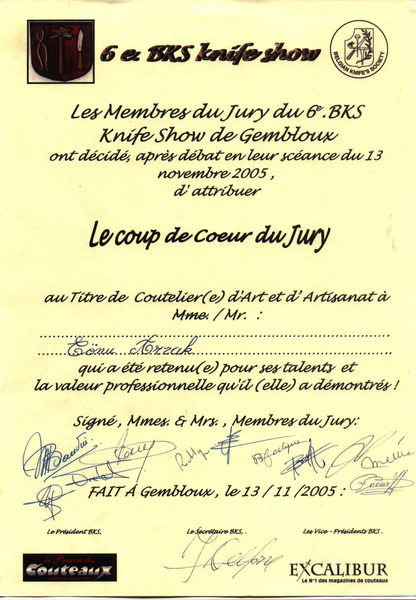 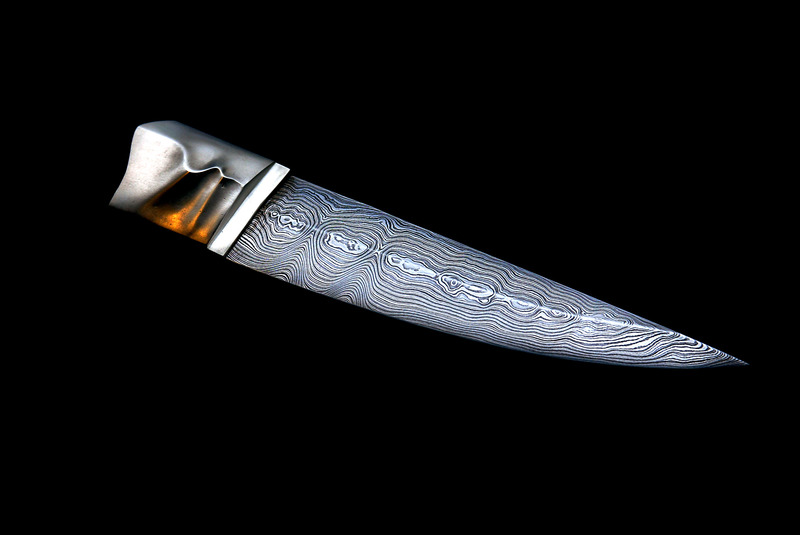 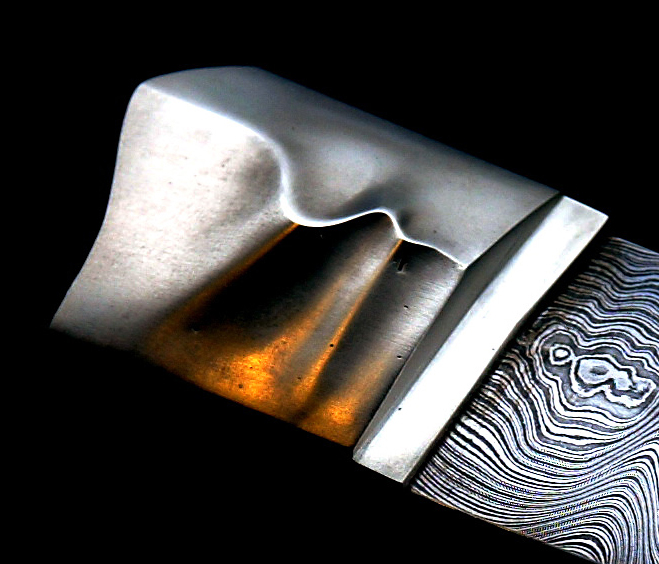 The first time is the sweetest! 2005 BKS Knifeshow In Gembloux, Belgium.
It was my first international knife show and the first time I had a chance to compare my work with other makers. Not bad, "Best of The Show"  award!
The knife is still one of my best works. 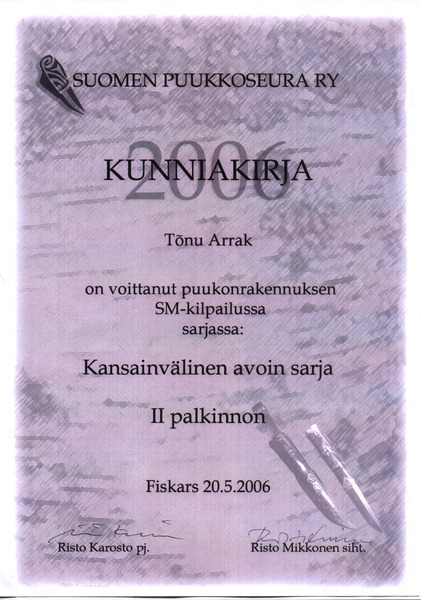 Finnish Puukkobuilding Championship 2006.
In Finnish (as well as in Estonian), there is one word for both "champion" and "master".
I got the silver medal in the international open class.
Funny thing - I was the only "international" there!
Actually, all the winners from other classes competed there, so it wasn't that bad.
Cool story to tell anyway. 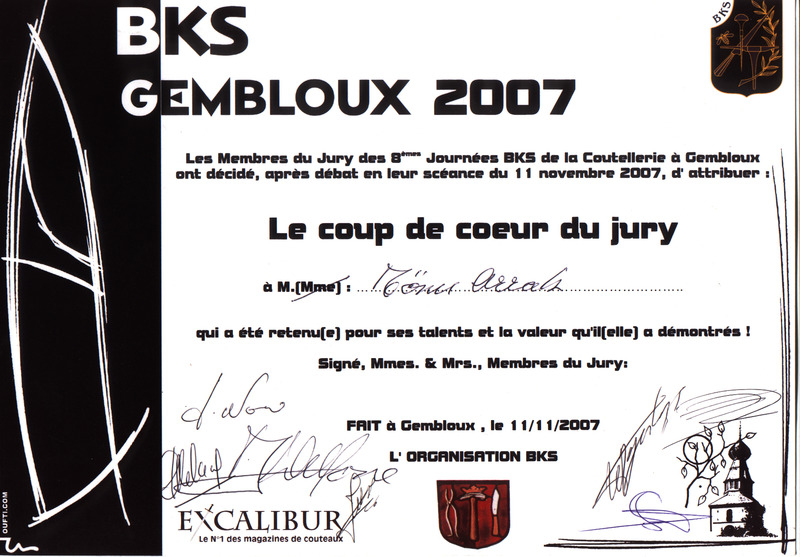 Belgium and BKS show again. "Best of The Show" again for a dagger.
Indeed, it's still one of my best works. 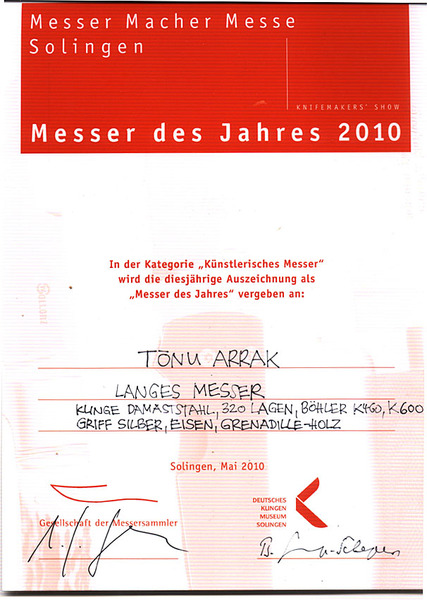 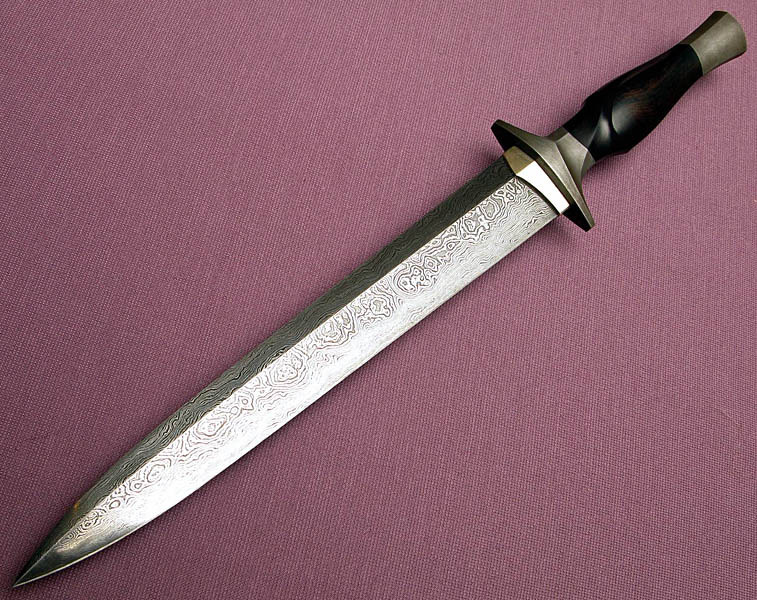 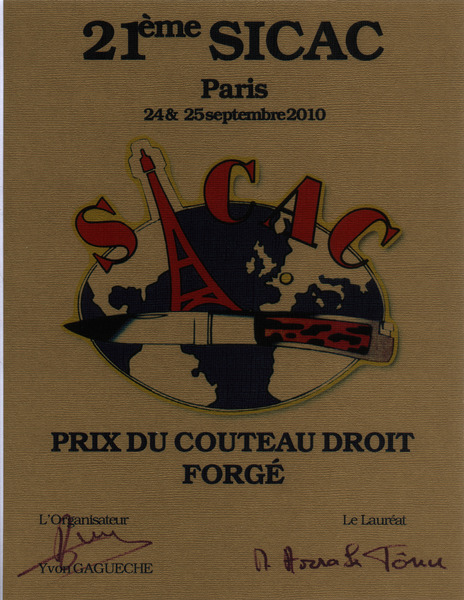 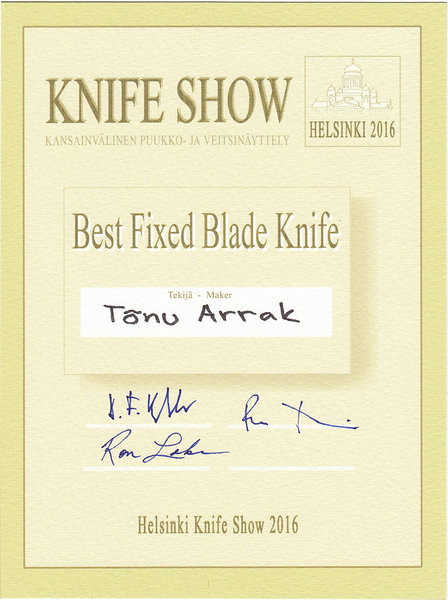 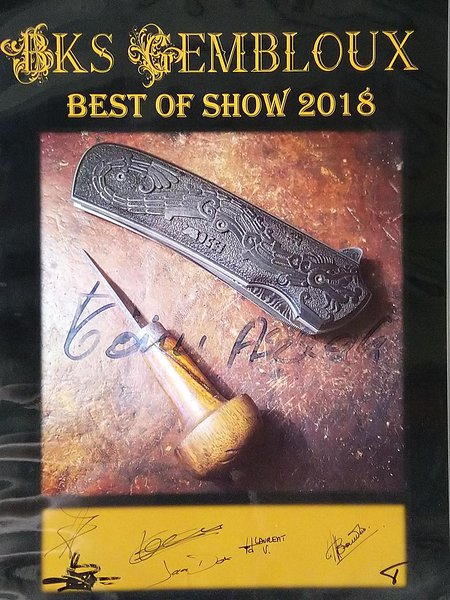 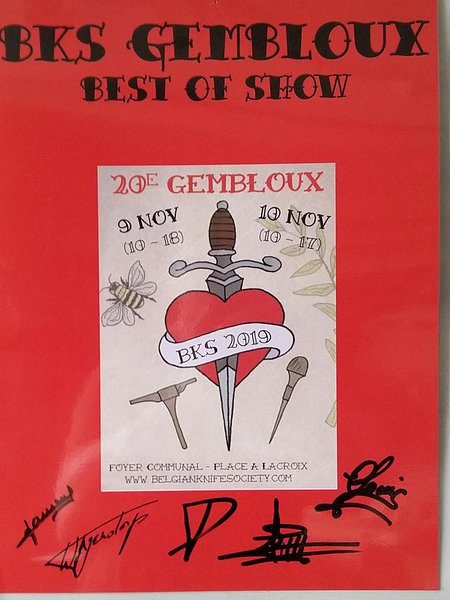 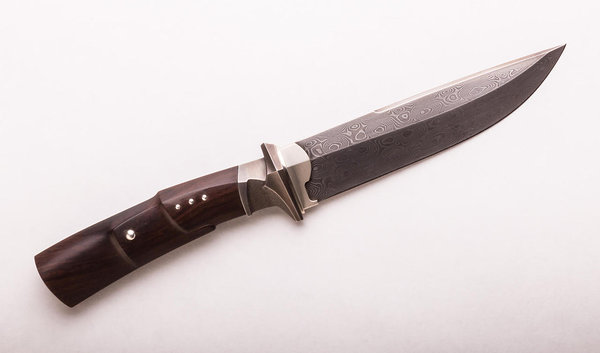